Kicking Your Car Problems To The Curb

How To Restore Your Classic American Muscle Car On A Budget

Fully restoring a classic muscle car often costs more than buying a brand new vehicle. That's because most people take the easy road by purchasing brand new aftermarket parts for their restoration, which can quickly add up to thousands of dollars. However, if you take the time to find used parts, you can complete your restoration project for pennies on the dollar.

Muscle cars built on the same platform often have drastically different exterior styling. However, many of the chassis and suspension components are identical between models. Research the platform your muscle car was built on and make a list of all the cars that share the same platform. That will make it easier for you to locate used parts later on because you'll have numerous models to choose from.

In addition to using the same chassis to build numerous models, manufacturers also used the same engines and transmissions in their various muscle cars. For example, Chevrolet's popular small-block 350 V8 can be found under the hoods of Camaros, Corvettes, and Firebirds, as well as numerous General Motors truck models.

If your muscle car is a popular platform for enthusiasts, it can be difficult to find drive train parts from an original model. However, you can save a lot of time and money by pulling the parts off an identical drive train that was installed in a different model. Make a list of all the vehicles that received the same drive train as your car so you can easily find the replacement parts you need.

Search through the inventories of various salvage yards to locate some of the donor cars on your list. Most of the older cars you'll find in salvage yards will be wrecked or rusted, but there will still be plenty of perfectly good parts you can remove and use for your restoration. It will take a bit of work to locate all of the parts you need, but you'll save a substantial amount of money compared to buying new aftermarket parts for your restoration project.

Since the parts you'll find at salvage yards are so inexpensive, it's also a good idea to stock up on components that commonly wear out. Muscle car V8s produce a lot of torque, so it's not uncommon for them to chew through their clutches, driveshafts, differentials, and axles over time. Additionally, old school shocks and other suspension components aren't quite as reliable as most modern units. If you find a donor car with any of those parts, buy them and keep them in your garage so you'll have spares for future repairs.

If you have trouble finding used parts at a salvage yard, you may have better luck searching through online classified listings. When people blow up the engines in their classic cars, they'll often sell the complete car as a rolling chassis to avoid the hassle and cost of replacing the drive train. You can buy a rolling chassis for dirt cheap, then strip off all of the suspension and chassis components you need.

Having a spare body and frame lying around is also nice in case your car develops rust over time. When parts of your car's body or frame start to rust through, you can cut the metal off your donor car and have it welded in place of your muscle car's rusty components. That will be far cheaper than having the replacement metal built from scratch by a custom fabricator.

With a bit of research, time, and patience, you can finish your muscle car restoration project for pennies on the dollar by recycling used parts from donor cars. 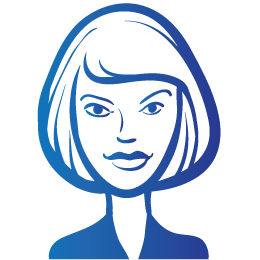 After my car died three times in one summer, I realized that I couldn't keep relying on other problems to fix my car troubles. I started focusing on learning what I needed to in order to make my vehicle stand the test of time, and it was a really valuable lesson. Within a few months, I found myself changing my own oil and replacing my own fuel filter. It was an incredible experience, and I was really pleased with the process of figuring out my own car problems. Check out this blog to find out more about your car problems and how to fix them at home.